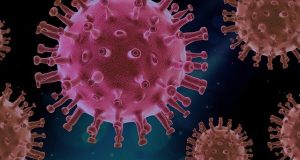 Image by PIRO4D from Pixabay

Hillary Omala, executive director of the international nonprofit CFK, discussed the social impact of the coronavirus pandemic on informal settlements as part of a panel last Wednesday on NTV’s show “Your World” with host Victor Kiprop. He outlined how the pandemic has been especially difficult for areas such as Kibera, one of Africa’s largest and most densely populated informal settlements. Omala also discussed loss of income, access to the Covid-19 vaccine and uptake, observation of coronavirus preventive measures and behavior change communication.

“Covid-19 effects have been detrimental to social groups considered as vulnerable,” Omala told Kiprop. “That is young people, people living in informal settlements, people with disabilities.”

Started in 2001 by a Kiberan nurse, a Kenyan community organizer and a University of North Carolina student, CFK is marking its 20th anniversary this year with plans to expand its healthcare, education and girls’ empowerment initiatives to other informal settlements in Kenya.

Omala said that many of those programs had to be repurposed during the pandemic. Its water, sanitation, and hygiene (WASH) initiative, first started in 2014 to fight diarrheal disease in infants, helped distribute soap and hand-washing stations to stem the spread of coronavirus.

CFK’s four clinics were also revamped to follow appropriate protocols, and the nonprofit partnered with the U.S. Centers for Disease Control and Prevention (CDC) and Kenya Medical Research Institute (KEMRI) to lead coronavirus sample collection and contact tracing in Kibera. CFK has since been named the CDC’s lead implementing partner for WASH in Kenya. In 2020, CFK staffers at the Tabitha Maternity Home were named as Frontline Heroes by the Gates Foundation for ensuring continuity of care during the pandemic.

“Seventy percent of people who live in informal settlements are truly skilled. What they lack is income security, they depend on factories, construction work,” Omala told Kiprop. “The statement ‘I’d rather die of Covid-19 than hunger’ is a reality.”